THE PRIMITIVES HAD IT ALL in the fag-end of the 1980s: harmonic pop songs serenaded by the photogenic Tracy Tracy, an accomplished 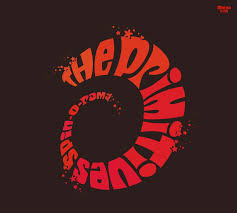 songwriter in Paul McCourt and those songs: Crash, Stop Killing Me, Really Stupid and Thru’ the Flowers.

They arose from gloriously cultish indie pop band to a hitmaker. Their biggest hit, Crash, was also their finest moment, and was all over the shop in 1988 in Britain and offshore. Lovely, their debut album, captured the hearts of Madonna-loving teens and Beatles’ obsessed boomers.

Alas, the attention-span of their new found friends was want to drifting off, and despite some excellent singles – You Are The Way is one of the most under-rated singles of the early 90s – they gave up the fight against a fickle population and retired in 1992. Not much was seen since of any of them thereafter, but they returned in 2009 for a one-off gig which, of course, turned into something more tangible. I’ve heard some favourable things from my Liverpool correspondent about their gigs in the north-west.

Spin-O-Rama (Elefant records) is the second comeback release following the cover-heavy Echoes and Rhymes of 2012, and is their first batch of new material in 22 years. Neither those who have Lovely, nor those who insist their pre-Crash singles were the best thing they ever did, will be torn by Spin-O-Rama: it’s a non-stop pursuit of all that is good about music.

The opening title track sets out its stall early: pounding riffs, gorgeous vocals and the sound of a band glad to be together again; there’s hints of Crash in the pace and jollity of it all and it shouts for attention from the roofs. Hidden In the Shadowshas the trashy, edginess of one of the 1986/87 singles, complete with frenetic verses and a rousing chorus. This is pop at its finest. 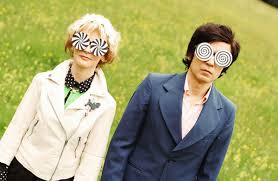 I’d almost forgotten that some of the Primitives finest hours were when songwriter Paul (PJ) McCourt took charge of vocal duties, and Wednesday World is awash with his magnetic timbre as tells us how he “feels nothing in the rain”. My personal favourite is another McCourt-led charge,Work Isn’t Working. This doesn’t give the impression of having taken too long to write, but will resonate with every workshop fop, creative sort and bohemian in the world: “I wasn’t made for lifting things or digging up the ground/ I never want to follow orders or to knuckle down/ I wasn’t born to stand in line, I like to sit around,” and off he goes to clock out … for good.

All other tracks are chirpy sing-alongs, with buzz saw guitars, tight drums, barking bass and lyrics that don’t aim too high, then they sign-off with a brief reprise of the title track, which makes you want to press play again.